Earth: A Masterpiece of Divine Workmanship

What evidence do you have to support this statement? Unfortunately, man has contaminated much of the original creation, starting with the Fall in the Garden of Eden. Ever since, God has been reaching out in grace and mercy to draw man back to Himself. He demonstrates His love reaching out to man every day in ways that we just aren’t aware of.

God, in His goodness and beauty, has made a way for man to observe and interact with His original “masterpiece of Divine workmanship.” For example:

Job 26:7 declares that God “stretches out the north over the empty place, and hangs the earth upon nothing.”

Yet, at this moment, for me the most intriguing aspect of God’s Divine workmanship in His masterpiece, the earth, is . . .

The Fibonacci sequence, aka, the Divine proportion & the Golden Number

I will borrow a phrase from Matthew Maury (1806-1873), Father of Oceanography, to introduce these ideas as:

God’s handwriting on the earth.

Sometimes referred to as “the Fingerprint of God”, the Fibonacci sequence provides a fascinating study of the presence of God’s handiwork throughout much of nature. If you aren’t familiar with the Fibonacci sequence, do take a moment to learn a bit about Fibonacci, the Golden Number and the Divine proportion from the Artsy Craftsy Mom. After doing a fair amount of online research about Fibonacci’s discoveries, I’ve learned that the Fibonacci sequence is nothing short of a brilliant apologetic for Intelligent Design of our universe. It shows up in so many places—from the banana in your smoothie to the galaxies in space and beyond.

As a spiral, it appears in numerous places—from the curve that is formed when you make a fist and look at the shape of your thumb and pointer finger to the shape of every wave in the ocean to the arrangement of the seeds in an apple.

Applied to music, the Fibonacci sequence can mathematically prove what is and what is not music. Debussy, Bach, Mozart, Chopin and Beethoven are some musicians who applied this sequence to their masterpieces. Da Vinci’s Last Supper and the Mona Lisa uses the Divine proportion in the placement of the figures and facial features. Even the proportions of the Ark of the Covenant are within the Golden Rectangle.

Fibonacci discovered a resounding evidence for Intelligent Design of the universe. This comes up repeatedly in a geometry that is not taught in our schools where we are taught Euclidean geometry—cones, spheres, and triangles. 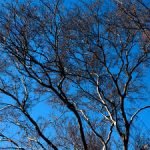 Fractal geometry, the geometry of nature, is the basis for ancient fractal art as well as the new fractal coloring books that are currently so popular here in the US.

Out of curiosity, I asked a math teacher for insight into the Fibonacci number sequence. His reply:

It is just a meaningless series of numbers that really doesn’t mean anything.

A meaningless series of numbers!?! Well, I suppose if you reject God’s Fingerprint all around you, this inescapable proof of His creation would be just that—meaningless and impossible to explain. For, to really explore this phenomenon would force one to at least consider the very real possibility of a Creator of the universe since it appears so often in so many places.

As Christians, we can look at the marvels of Creation and our hearts fill with wonder and awe at the handiwork of our God. We are able—indeed, we ought—to keep our eyes and minds open to discover and question what we find. Today I’m working on becoming more alert to the next glimpse of His Fingerprint that the Lord would reveal to me in the world in which I live. Won’t you join me?

If you would like to share some of the awe and wonder of God’s creation through the Fibonacci spiral with the children in your life, please visit A Faithful Attempt’s blog on Fibonacci spirals. You will find some video clips and step-by-step instructions for an art project this teacher did with her 4th-6th grade students.

If this brief introduction to Fibonacci, the Golden Number/Rectangle and the Divine proportion has piqued your interest, please do visit Golden Number, a website devoted to it’s beauty. The objective of this site is to:

Understand its [the Golden Number’s] very unique properties in Mathematics and Geometry, Appreciate its many appearances in Life, Theology and the Universe, Apply it in Art, Design, Beauty or Financial Markets, and Keep current with recent news on the golden ratio.

While you’re at the Golden Number, be sure to download the Golden Ruler so you can discover some Golden proportions in your world.

I’ve reached the end of this post. Time to ask you a question. What do you now know that you didn’t know when you started reading this post about the “earth as a masterpiece of Divine workmanship”? How could you inspire yourself and your children to discover yet more evidence of God’s Fingerprint?

Lord bless and keep you,

Hi there! I’m at work browsing your blog from my new apple iphone!
Just wanted to say I love reading your blog and look forward to all your posts!

Keep up the great work!

This is my first time pay a visit at here and i am truly
pleassant to read all at single place.

Fantastic post however I was wanting to know if you could write a litte more on this subject?
I’d be very thankful if you could elaborate a little bit more.
Kudos!