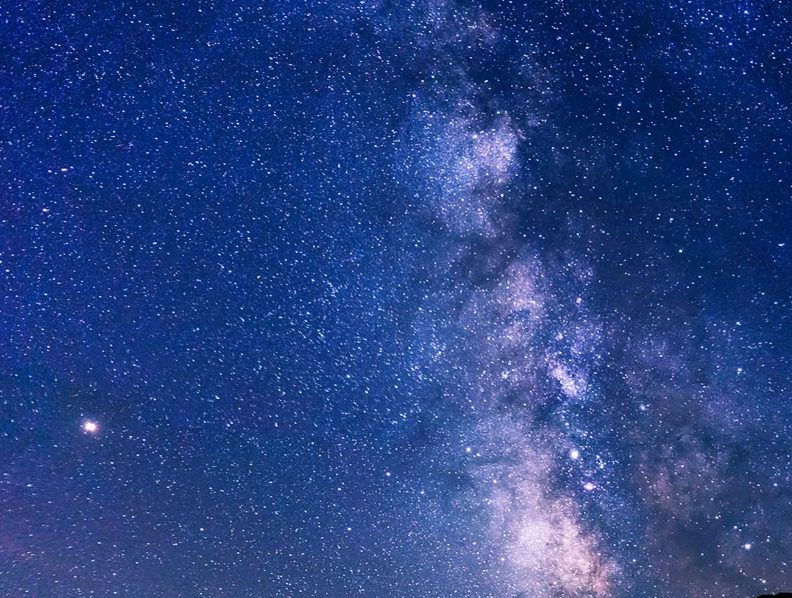 God’s children are like stars that shine brightest in the darkest skies (Verna Hall).

In the beginning God created the heavens . . .

The heavens declare the glory of God; and the firmament shows His handiwork. (Ps. 19:1)

God  counts the number of the stars; He calls them by name (Ps. 147:4). Interesting to note thatGod names the stars while Adam names the animals.

A team led by an Australian astronomer set out to discover if there are more stars in the sky or grains of sand on the beaches. Their conclusion: Stars outnumber sand. Astronomers currently estimate that there are 70 thousand million million million, or 70 followed by 21 zeros, stars visible from the earth through telescopes–and that’s only the known universe. One scientist concluded that this unfathomable number is “more than 10 times the grains of sand in every beach and desert on earth!” Dr. Simon Driver, who led this study, remarked that “Even for a professional astronomer used to dealing in monster numbers, this is mind boggling.” 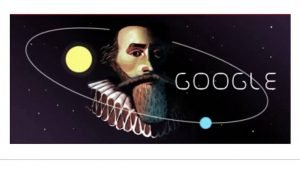 Johannes Kepler was an astronomer who relied on God and His Word to resolve mysteries that had stumped scientists for centuries. He stands out as one of the greatest, if not the greatest, astronomers of all time. In fact, his Three Laws of Planetary Motion are referred to regularly by today’s astronomers. Kepler was an astronomer with a deep love for and commitment to God. He lived at a time when most of the people were superstitious and actually afraid of the night sky. Because of his discoveries and contributions, those who came after him such as Galileo and Sir Isaac Newton were able to build their discoveries on reason and not fear of the unknown.

Due to his faith in God he reasoned that the sun represents God the Father, the stars represent Jesus, and the universe the Holy Spirit. Kepler is often quoted as saying:

I was merely thinking God’s thoughts after him. Since we astronomers are priests of the highest God in regard to the book of nature, it benefits us to be thoughtful, not of the glory of our minds, but rather, above all else, of the glory of God.

He believed that the world of nature, the world of man, and the world of God were all designed by God to fit together perfectly. As he furthered his studies in science, he knew that the was studying God’s handiwork. Because an intelligent Creator designed the universe, it should function logically. It was this belief that led him to his discoveries.

He knew that God had given the sun, moon, stars and planets as natural clocks and calendars because Genesis 1:14 says, “. . . let them be for signs and for seasons, and for days and years.” His reasoning led him to understand how to predict when a full moon would appear, when the sun would rise and set, and when an eclipse would darken the sun.

He had to leave Germany due to religious persecution. He moved to Prague where he became the assistant to Tycho Brahe, a great astronomer. He was given the job of determining the orbit of Mars. He persevered for six years seeking a solution to this problem. Eventually, he decided to think outside of the box, going against the thinking of his contemporaries and hypothesized that Mars’ orbit just might be that of an ellipse rather than a circle traveling around the sun. These discoveries became known as Kepler’s 3 laws of planetary motion–the foundation of astronomy today. His first law states that the planets follow an elliptical orbit around the sun.

Because of his faith in God and God’s Word, he was able to solve the question of planetary motion. This question had eluded scientists for centuries. His simple logical pattern for planetary motion reflected God’s wisdom. In Kepler’s words,

We see how God, like a human architect, approached the founding of the world according to order and rule and measured everything in such a manner.

His book, “The New Astronomy”, ends with heartfelt praise for God as he pens

Thus God himself was too kind to remain idle, and began to play the game of signatures, signing his likeness into the world.

Kepler considered his many studies as just another way of looking into God’s magnificent creation. This is borne out by looking at any of his studies and finding them rich with praises to God.

God spoke the stars into existence. 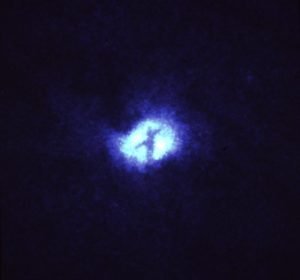 Right in the center of the Whirlpool Galaxy, M51, where the sun is merely a tiny speck, NASA’s Hubble Space Telescope discovered this image, that looks strikingly similar to a cross. Dr. Holland Ford of Johns Hopkins University and Space Telescope and Science Institute remark that this image “marks the exact position of the nuclear black hole.” According to NASA,

This image of the core of the nearby spiral galaxy M51, . . . [reveals a cross] silhouetted across the galaxy’s nucleus. The “X” [cross] is due to absorption by dust and marks the exact position of a black hole which may have a mass equivalent to one-million stars like the sun. The darkest bar may be an edge-on dust ring which is 100 light-years in diameter. The edge-on torus not only hides the black hole and accretion disk from being viewed directly from earth, but also determines the axis of a jet of high-speed plasma and confines radiation from the accretion disk to a pair of oppositely directed cones of light, which ionize gas caught in their beam. The second bar of the “X” could be a second disk seen edge on, or possibly rotating gas and dust in MS1 intersecting with the jets and ionization cones.

Louie Giglio explains this discovery well here. You might enjoy taking a few minutes to listen to this interesting YouTube video of various sounds in space. Finally, you there’s Louie Giglio’s Stars and Whales possibly singing How Great is Our God.

Something to think about

If at all possible, I’d like to share my all-time favorite homework assignment from Bible school. Take 15 minutes one night this week to lay under the stars and reflect on how awesome God is. You might want to consider the question, How do the heavens bring you to worship God?